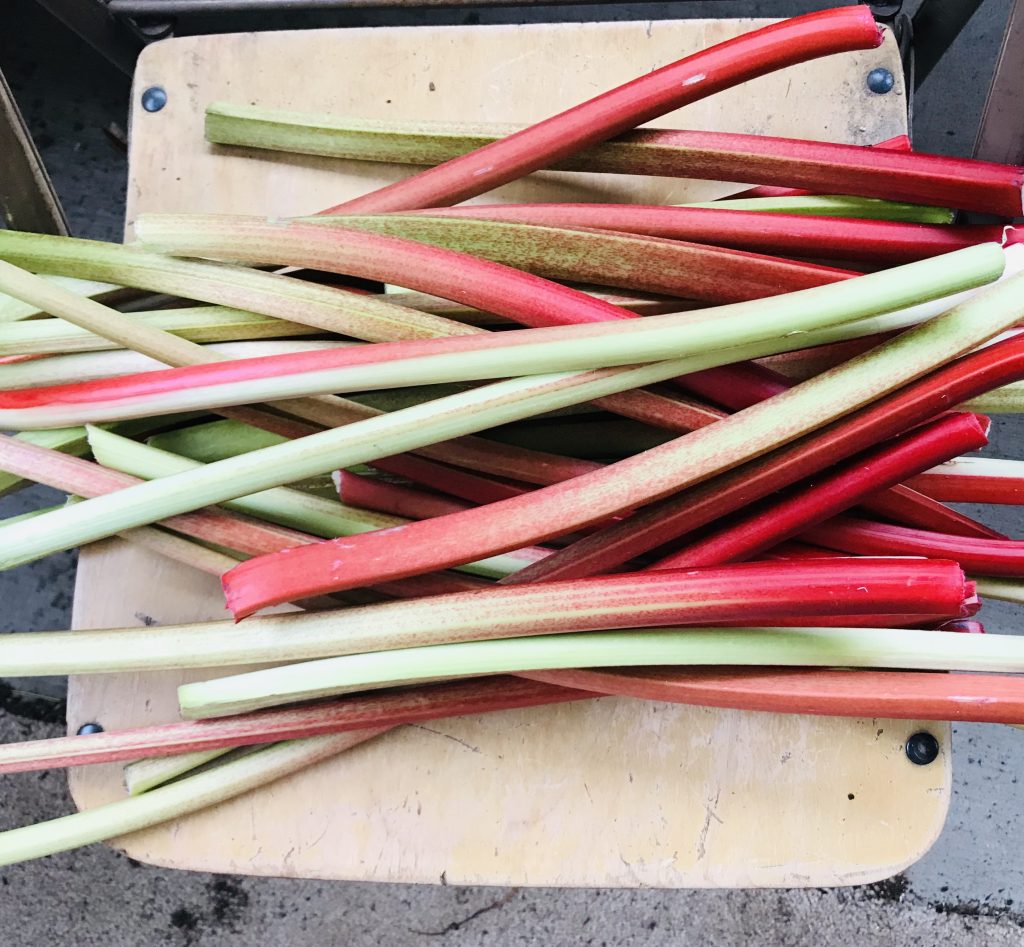 Somehow it is June already and a mere two and half weeks until the start of our local food challenge. As our family adjusts its thinking and lifestyle to accommodate our challenge I am struck by the importance of timeliness and how fleeting a season is when you measure it by what is feeding us.

Take our giant rhubarb plant for example. When its first ruby red shoots came on I was eager to make rhubarb themed desserts, sauces to top waffles, even fermented rhubarb pickles. As the stalks grew and were ready for harvest I made several batches of sauce to put up in the freezer, we gobbled up a rhubarb frangipane tart as well as two batches of rhubarb curd, and still we barely made a dent in our exuberant plant.

One of our strategies for making this local food year work is making the most out of the abundance around us. This in part means harvesting our fruits, vegetables and herbs when they are at their peak and pickling, canning, freezing, drying, and fermenting as much as possible. So it was with these intentions that I went into rhubarb season. Well, with a newly walking one year old, a homeschooled kindergartener, potatoes to plant, garden beds to prep, errands to run, goats to milk, and a never ending stream of meals, laundry, dishes and so on, I momentarily forgot about the rhubarb. Before we knew it the plant had bolted. Not just bolted but fully flowered. Had I caught the shoots before they became tall, round stems full of little white flowers, I would have snipped them off and maybe bought myself another few weeks of rhubarb harvest. But with the plant's energy fully intent on flowering I can’t bring myself to meddle with its progression.

Already the shift to relying on local food is bringing up feelings both of scarcity and abundance. When food is abundant it is easy to feel confident, capable, fed. When suddenly a food source you had been relying on passes its peak season, feelings of uncertainty and missed opportunity seep in. I have always enjoyed observing the seasons, marveling at the sudden changes in spring and autumn and the slower but never idle changes in summer and winter. I'm realizing that in order to make the changes we have set out to make it is no longer enough to be a passive observer. I will need to further hone my observations and become much more opportunistic and adaptable. Make hay while the sun shines, as they say. And rhubarb curd before that.

« Preparing for a year of eating local food: reinventing the peanut butter and jelly sandwich (and other non-essential foods we think we can’t live without)
Cheers to the Future of Local Food » 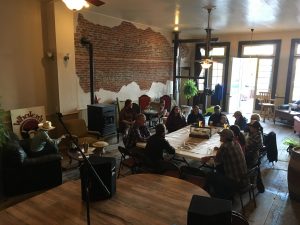 Join the conversation about local food! We will meet the last Thursday of each month from May to September 2019. Check the blog for location, topics and resources.

The Local Food Experience is a group of friends taking on a challenge – eating local food for one year starting June 21, 2019. Each family sets their own rules. Want to join us? Take the challenge for a day, a week, a month or a specific meal of the day – breakfast, lunch, dinner. Share your experience, story, recipe, or substitution. We want to hear from you. Email: info@modocharvest.org to get involved.